"The Artisana Raw Cacao Bliss was truly bliss! I squeezed mine out and ate it with a banana, and it made for a delightful snack. Both the coconut and chocolate flavors come through perfectly, and it has just the right amount of sweetness. As I was eating it, I thought it would be a great component in some new-style s’mores. So yummy!"

"I was immediately stuck by how much this almond butter actually tasted like almonds. I personally like the taste, but if you're looking for a sweeter flavor, you're out of luck. Also, the consistency is thinner than normal peanut butter and rougher. I would suggest giving this a taste test before you combine it with other foods (it may be a peanut butter substitute but the taste isn't quite the same)."

"If you're expecting a healthier product that still tastes like the PBJ of your youth with these spreads, you're in for a big surprise. However, if you're looking for a nuttier-tasting spread that lacks the overt sweetness of the mass-market varieties, you will be pleasantly surprised. I'm a big fan of nuts, so I was intrigued. Into the toaster went an English muffin, and I was off to the races.

The Raw Pecan Butter with Cashews was the first I tried. Once I got my head around the fact that this wasn't "almost peanut butter", I found I really liked the crunchy nuttiness of it. And since it's just nuts, with no other additives or preservatives, it's got a clearer flavor than store-brands.

The Raw Cashew Butter was smoother than the Pecan and Cashew, and since it was 100% cashew, had a pure taste, lighter than if you were eating cashews which can sometimes get overwhelming by the second or third handful. This one has more of a peanut butter texture, the stickiness is similar, but again, this was a yummy (and more nutritious) alternative.

My second favorite way to snack on peanut butter is on an apple, so I figured I'd give these butters a try on an apple. Again, the nuttiness of the Pecan and Cashews was a yummy crunchy blend with the apple, while the smooth cashew butter was an interesting and tasty combination as well. I find it surprising that, though both spreads contain cashews, the pecans are really the much more noticeable flavor in the Pecan and Cashew spread. I think the cashews form the "butter" part of the Pecan and Cashew spread though the flavor is much less prevalent. In all, I really enjoyed taste testing these spreads."

"The Artisana Almond Butter has a very subtle flavor and smooth texture, it pretty much melts in your mouth. I think it makes a great substitute for peanut butter, with a similar flavor just more mild and not as nutty. It tastes great on crackers, bread or even good for dipping apples in. Spread some on toast and drizzle the top with a little honey for a delicious combo of flavors. "

"The Artisana Coconut Butter is so rich and sweet. The coconut flavor is so unbelievably fresh it tastes like it was carved right out of a fresh, just cracked open coconut. There are lots of interesting ways you can use the butter, I cooked some chicken in a dab of it to give it a little extra flair. I also suggest melting it and pouring a little over popcorn or even adding it to the oil when you are popping the popcorn. Try adding some to your hot chocolate for an extra decadent flavor; it even tastes great in coffee, just a little dab can go a long way. Plus the added benefits of getting a "good fat" like coconut butter into your diet only make this butter more appealing."

"When I first tried the almond butter I was hesitant to compare it to regular peanut butter. It wasn't as sweet but it had a similar texture. It can definitely work as a healthier alternative. When I spread it on crackers it made a great snack. I would try the almond butter again, maybe on toast or sliced apples."

"If you're looking for a delicious nutty spread that's not laden with sugar and hydrogenated oils, Artisana nut butter is a great choice. The Macadamia spread, in particular, is bursting with a rich-and-sweet flavor that makes it an intriguing addition to any PB&J sandwich. For the more adventurous at heart, try this spread on a toasted French Toast bagel - it tastes surprisingly good!"

"I am in love with Artisana walnut butter! It has a decadent creamy taste that oozes with rich raw walnut flavor. It is pure unadultered walnut in spread form - what's not to love? I love it in place of peanut butter, or for use in cooking. It was honestly so tasty that I was eating it by the spoonful straight from the jar!"

"The Artisana Cashini butter is one of the most unique and clever products I've come across in a long time. Cashini butter is a mixture of cashew butter and tahini (sesame seed paste) and I loved it in place of tahini in recipes. The cashews add a nice creamy sweetness to tahini. I used this in place of tahini when making hummus, and loved what this product brought to the final dish."

"For a healthier way to cook, go with Artisana coconut oil. Instead of oil or another fat, use coconut oil as it's loaded with healthy fats and it doesn't break down in high heat like olive oil. The packets are perfect for quick weeknight cooking."

"The easy-squeeze package of Artisana Walnut Butter makes it an ideal raw spread to pack for lunch or take on the go. Made with 100% organic ingredients, this nutty spread tastes great on breads, fruits, and vegetables. For those who really love walnuts, you may just knead it, squeeze it and eat it as is!"

"Cacao Bliss (Raw Chocolate Covered Coconut Butter) - Coconut fans will love this moist chocolate spread with hints of fresh coconut. It’s a great spread for someone seeking a dessert spread that is not too sweet, as Nutella can sometimes be. It would go great on bread or on a shortbread cookie." 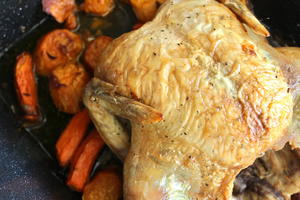 "Meals that use as few pans, dishes and utensils as possible make our lives that much easier. That means more time for yourself,… See more Continue reading: "One-Pan Roasted Chicken & Veggies" 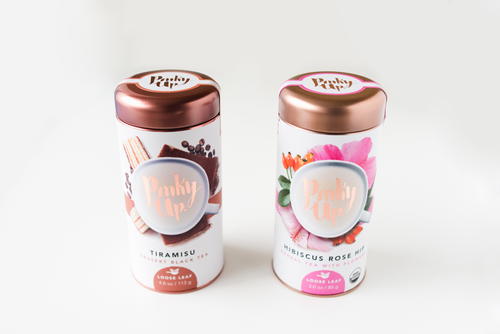 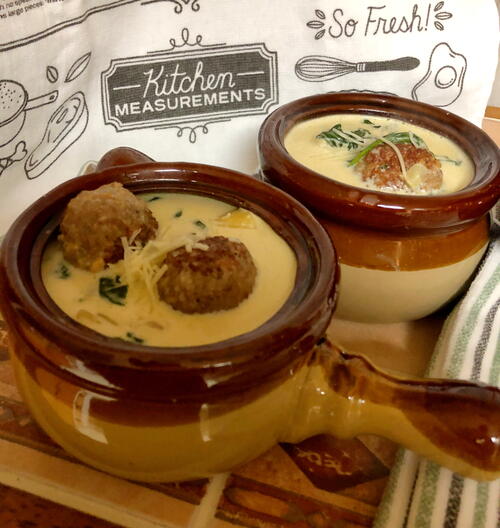